After many months of planning, a permanent memorial to those who perished during, or were otherwise affected by, the tragic events of September 11, 2001 is finally becoming a reality outside the South District Fire Department on Randolph Road in Middletown. 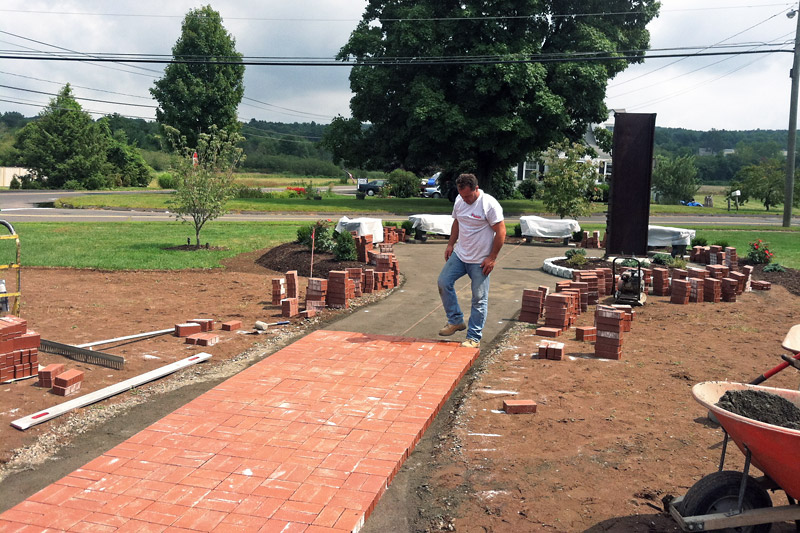 In recent days, the flag pole in front of the fire station was moved, with the help of a crane donated by Mylchreest Construction Services, in preparation for a landscaped plaza to surround an artifact from the collapsed Twin Towers of the World Trade Center. Captain Michael Howley, spokesperson for the committee planning the memorial said: "this memorial will honor the fallen heroes of 9/11, and will help ensure that the residents of Middletown 'Never Forget' the events of that day". 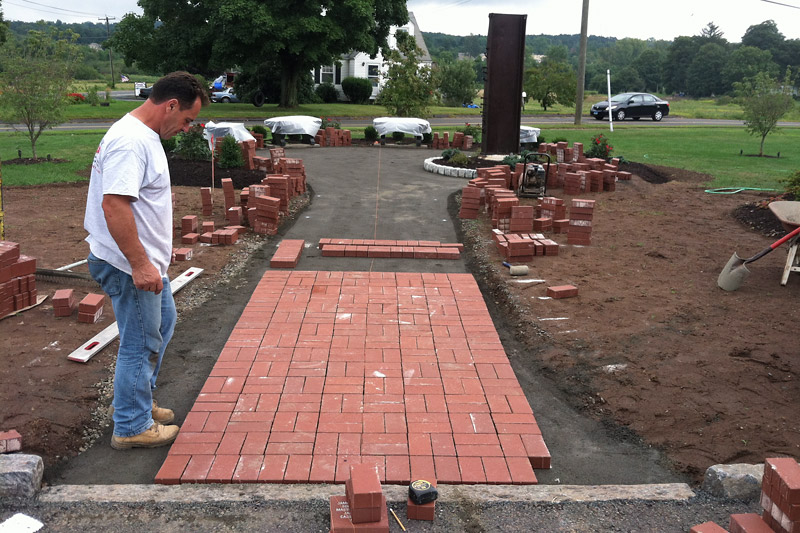 Because 343 members of the Fire Department of New York (FDNY) died on 9/11, the memorial takes on special meaning to all members of the firefighting brotherhood, including those at South Fire District. 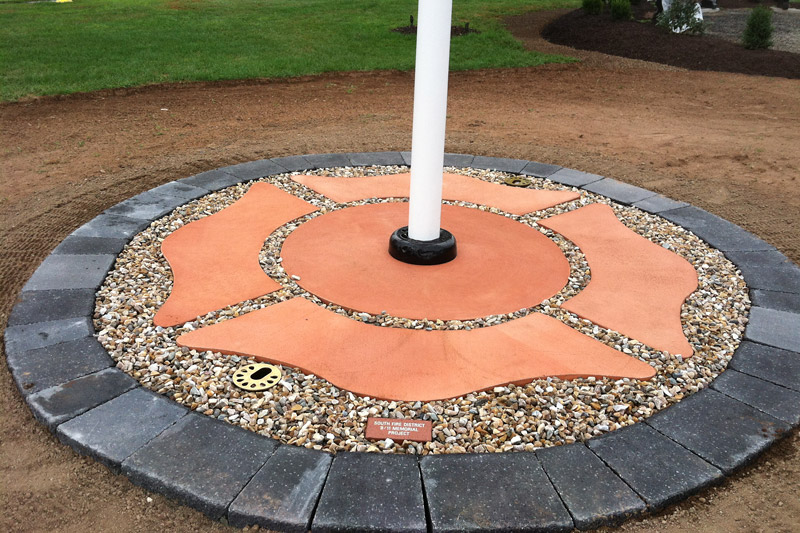 The artifact that is the centerpiece of the memorial, a large piece of a steel beam from the North Tower of the World Trade Center, was set in place on a concrete pedestal last year with the help of O & G Industries. The steel beam remains the property of the Port Authority of New York. The South Fire District is one of 2,000 entities that have been designated as curators of artifacts from the collapsed World Trade Center towers. 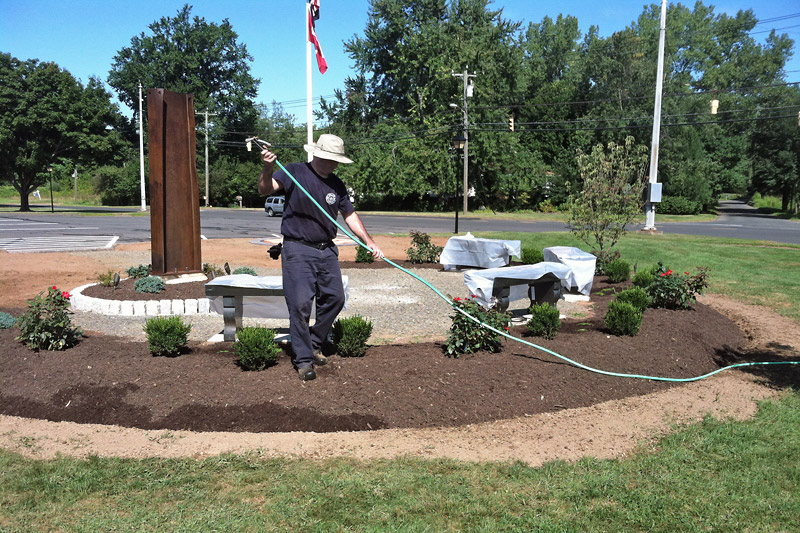 Since the steel beam arrived in Middletown last year, South District firefighters, members of Local 3918 of the International Association of Fire Fighters, have been soliciting donations for memorial brick pavers, plantings, and four granite benches that will make up the memorial plaza. Captain Howley says the first order for memorial bricks has been placed, and they should arrive at the South District firehouse by the end of the month. 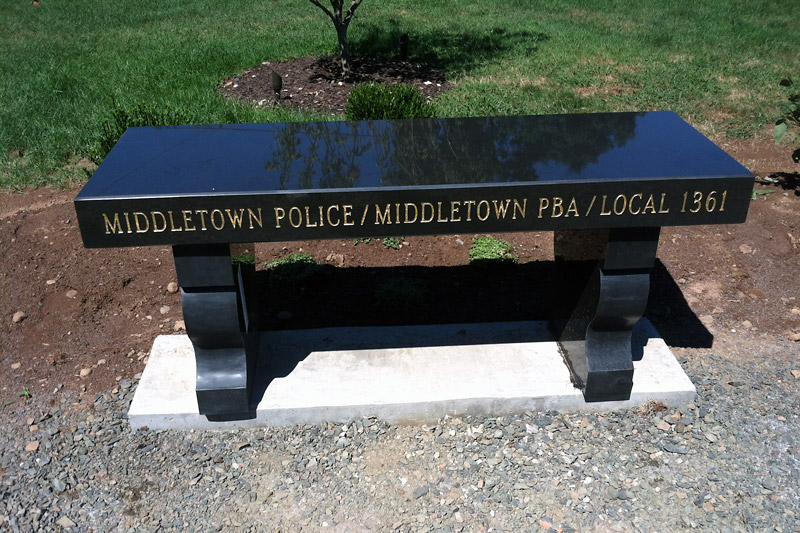 Firefighters and others are volunteering their time to complete the site preparation work for the paved plaza by the time the bricks arrive. Excavation is being done with the donated assistance of Mylchreest Construction Services, and Tilcon has donated the processed stone that will serve as the base for the brick pavers. Howley says he expects installation of the brick pavers to begin in the first weeks of August. Current plans call for the site to be completed in time for a substantial formal dedication on September 11, 2013, which is the 12th anniversary of the terrorist attack on the Twin Towers.

While many memorial bricks have already been purchased by local residents, Captain Howley says more are still available for sale. 4"x 8" brick pavers with 3 lines of information are $75.00, 8'x 8" pavers with 6 lines are $150.00, and 8" x 8" Corporate pavers are $300. Memorial Paver order forms for the "Let Us Never Forget 9/11" Memorial are available at the South District Firehouse at 445 Randolph Rd. Payments to the "Local 3918 Memorial Fund" are tax deductible. All monies left over after the memorial is completed will be donated to a fund for the families of the 343 members of FDNY who died on 9/11, and the others who have perished since then as a result of injury or illness caused by the collapse of the Twin Towers. Further information can be obtained by contacting Captain Howley at 860-347-6661.

Captain Howley reports that the granite benches, donated by local businessman Frank Galluzzo and his family, will serve as a place for local residents to sit while they reflect on the horrific events of 9/11. The benches have already arrived at the firehouse, and will be installed in August along with the brick pavers. A landscaping plan for the site was donated by Amy Sampson of AES Landscape & Designs, and the plantings needed to make the plan a reality have been donated by local nurseries. Although not part of the original plan, the memorial's steel beam, flag pole, and plaza will be illuminated at night, thanks to the donation of a lighting plan and lights by Robert Isleib Lighting Design.

The memorial plaza at South District Firehouse is a project that has been 5 years in the making. According to Captain Howley, just the application process to the Port Authority of New York to get the piece of steel from the Twin Towers, took two years.